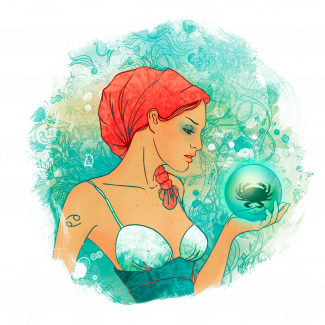 Your Cancer 2018 Love Horoscope indicates that there is just one word to describe what is happening on the romantic and relationship fronts this year and that word is ‘massive’. So much so that this is a game changing year on both fronts.

With Jupiter in your romantic sector until the 9th November, this is your luckiest year for love, matters of the heart and all things romantic in over a decade, with a stunning amount of support along the way. Yet while you have reached your luckiest year for love in over a decade, to even call this your biggest and most important relationship year in decades is an understatement.

For what you have moved into and are still getting a feel for at the start of the year, is the most important relationship developments ever. It was just before Christmas 2016 that Saturn returned to your relationship sector for the first time in three decades, kicking off a year visit that will run through to December 2020.

This has kicked off a three-year relationship boot camp that is also a period of enormous relationship growth, change and evolution. For when Saturn returned in the closing days of 2017, he teamed up with Pluto, planet of change and revolution for the first and only time in our lifetime.

Pluto is here from 2008 to 2024, so this is something you’ve been preparing for, for years and it means that they will remain together for the whole three-year period. With Jupiter returning to your relationship sector later next year, you’re heading into the most defining three years on the relationship front in your lifetime.

With lucky Jupiter in your romantic sector until the 9th November, but planetary activity keeping things active through to January 2019, the whole of 2018 is dominated by larger than life romantic and relationship forces.

You start the year with Mars in your romantic sector until the 27th January, while you also start the year with Saturn accompanied by the Sun and Venus, in his early weeks. Saturn should be left on his own by the time the Sun, Mercury and Venus finish moving through your relationship sector, which they will be by the 1st February, but Mars has other ideas.

Having escorted Jupiter into the year on the romantic front, Mars will spend an extraordinary amount of time in your relationship sector this year. Normally moving through in six weeks, Mars will move through from the 18th May to the 16th May and will then return for a double dip visit from the 13th August to the 11th September.