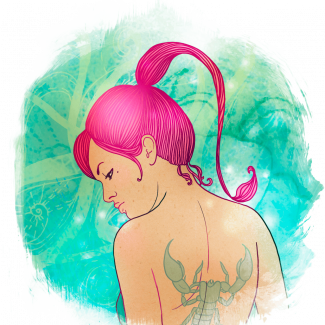 Your Scorpio 2018 Money Horoscope indicates after three years in your income sector Saturn left at the end of 2017, wrapping up a visit that began in December 2014. It was during that three-year period that the hard work was done, not just on the income front but professionally as well.

By the time you move into 2018 it will appear as though things have run their course, but there is every reason to expect that income matters will catch their second wind. Even though there will be another round of planetary activity on the income front later in the year, the money gods aren’t quite finished with exploiting the potential created over the last three years.

The year begins with Mercury on his own in your income sector with the Sun, Saturn and Venus having all left within five days of each other in December. This allows you to start the year with a smart head for money and your head in the game, but for all intense and purposes in the process of tying up loose ends.

The fact that Mercury will leave on the 11th January, with no other planets to pass the baton onto, could be seen as evidence that this was the end of things. That is not the case, with Mars’ return from the 27th January to the 18th March likely to be a period when you exploit the real potential from the last three years.

This will not only coincide with new developments on the job front, but with Uranus’ final months in your work sector. There will be a push from the money and professional gods to make this period as lucrative as possible.

However, apart from a Full Moon on the income from on the 30th May, your income sector will remain empty until Mercury returns on 31st October. This in reality is the norm, with the last three years the aberration. Once things pick up again on the 31st October it will be with a vengeance, with Mercury returning just nine days before Jupiter’s return to your income sector on the 9th November which will kick off your most lucrative year in over a decade.

Where until now it has seemed that Saturn’s three-year visit to your income sector has been the main event, in reality this has been the training ground, preparing you for lucky Jupiter’s return. However, what that gap from Mars’ departure on the 18th March to Mercury’s return on the 31st October does is give income matters a chance to run their course and play out without intervention.

It is also a chance to put some focus on money matters. For the first time in four years, a period of planetary focus on your financial situation and money matters from Venus’ return to your financial sector on the 25th April to the Sun’s departure on the 21st June, will run without planetary activity on the income front and in opposition.

This isn’t the major focus the money gods are putting onto income matters, but it is a valuable chance to regroup and get your financial ducks in a row.