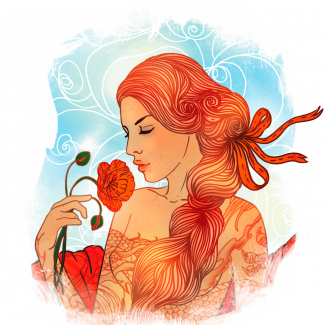 Your Virgo 2018 Love Horoscope indicates in both the romantic and relationship fronts this is literally the year that you have been waiting for, for years and have unbeknownst to you, been working towards. Pluto, planet of change and revolution has been in your romantic sector since 2008, working behind the scenes and at different points of the year, grabbing all the planetary support they can get.

At the same time Chiron has been in your relationship sector since 2010 and Neptune since 2012, with the planets of healing and dreams having suffered some real challenges at times, especially in 2015/2016. Yet on both fronts, there is a dramatic turnaround this year, in one case because of both direct and indirect support and the other all because of direct support.

Without the challenges of a few years back, this will allow your relationships to thrive. At the same time, with Chiron gone from your relationship sector from the 17th April to the 26th September, before finally leaving for good next year, this will take away a lot of the healing process that has kept you linked to the past.

A planetary push on the relationship front from the 11th February to the 28th April will be met with nothing but support and should be some of the best relationship months of the year. In the meantime, something even bigger is developing on the romantic front, with potentially game changing implications.

You have had Pluto, planet of change and revolution in your romantic sector since 2008 and not due to leave until 2024, a need for growth, change and evolution has been ongoing. However, it was just before Christmas 2017 that Saturn returned to your romantic sector for the first time in three decades, teaming up with Pluto for the next three years.

With lucky Jupiter joining them later next year, this is the start of the most powerful and game changing romantic years in your lifetime. It is no wonder then that Mars is spending so much time powering your romantic passions and fighting spirit this year. The Sun, Venus and Mercury will all spend time in your romantic sector in January, as is the case each year.

However, with Venus leaving on the 18th January, the Sun on the 20th January and Mercury on the 1st February, this is a short send off. The real magic will begin when Mars returns on the 18th March and while he’ll leave on the 16th May, he’ll return for a double dip visit from the 13th April to the 11th September. This is just the first of the three years of major romantic growth.